The Barcelona collection was designed in 1928 by Mies with the intention of being present in the International Barcelona Expo 1929, and specifically for the use of the Spanish royal couple on the occasion of their visit to the German Pavilion.

The Barcelona elements like the Barcelona chair, are the definition of simplicity and functionality. For that time it was revolutionary due to the usage of different materials like steel.

Crown Hall is a masterpiece based in Chicago and is considered as one of the most architecturally significant buildings of the 20th Century Modernist movement. It was created in 1956 and it is the home of the College of Architecture at the Illinois Institute of Technology in Chicago, Illinois. 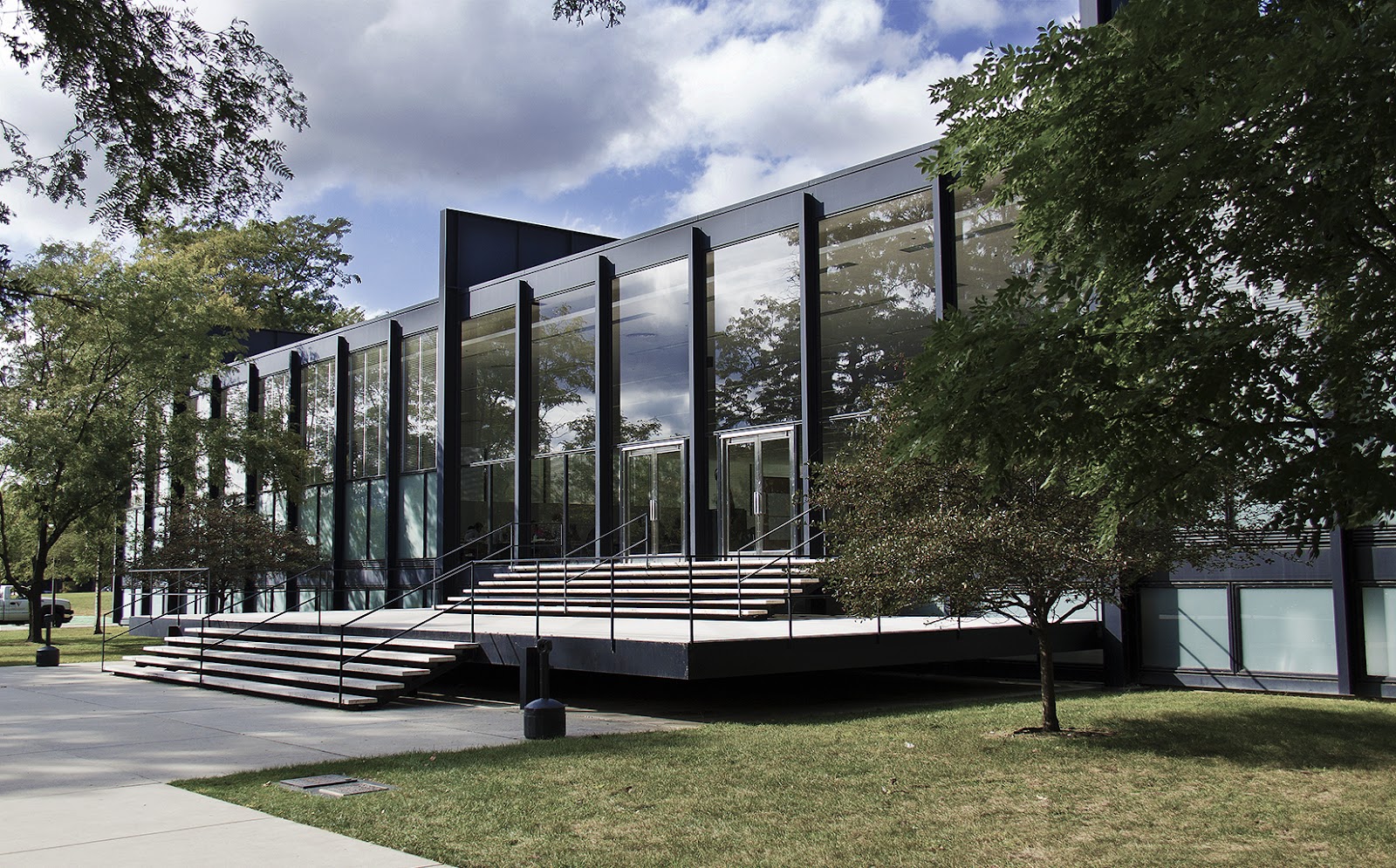 Farnsworth House the representation of modernism

The Farnsworth House in Plano, Illinois, was built between 1945 and 1951 and was one of the first houses to represent the entire concept of modernism. In the image, you can see how the house and nature embrace and it looks like a single element.